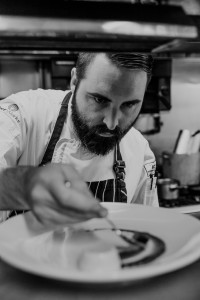 Becoming Executive Chef at Artisan Dining House, Bolton Hotel was a homecoming of sorts for MacLean, a Kiwi-born chef who began his career in some of Wellington’s finest kitchens before venturing overseas for the bulk of his senior chef experience. Leading kitchens in the Cook Islands, Malaysia and the Maldives has brought global perspective to MacLean’s ‘honest, humble’ New Zealand cuisine.

MacLean was 2018’s NZ Chefs Association “Chef of the Year”, is a previous winner of Chef of the Capital and won a gold medal in the NZ Global Chefs Challenge, further hardware to add to his cabinet of 22 medals from competitions in New Zealand, Malaysia and Singapore. Having been appointed a World Chefs judge, MacLean stays in touch with the global culinary scene by competing and judging competitions at the international level. He represents New Zealand as a member of the New Zealand Chefs National Team, which placed 1st Runner Up in the final “Battle for the Lion” and 1st Runner Up overall in the National Team Challenge at Food & Hotel Asia 2018 in Singapore.

Passionate about working directly with local New Zealand suppliers and supporting traceable, ethically produced food, MacLean contributes wild game recipes to NZ Guns & Hunting Magazine. His dishes have earned a number of gold plates from the Beef and Lamb Excellence Awards and finalist placement as a Beef + Lamb Ambassador Chef as well as the Ora King Salmon and Silver Fern Farms Premier Selection Awards. His array of experiences and achievements belie the simplicity of MacLean’s essential food philosophy: “Use good quality local food, and treat it with respect.”